Pozole is basically a cross between a soup and a stew and is popular around the country, especially on events such as Mexican Independence Day and at Christmas, and most people associate it with any large family gathering. Pretty much all pozoles contain the base ingredients of pork, garlic and large hominy kernels (cacahuazintle), although there are several versions that use meats such as chicken instead, plus the added extras of shredded lettuce, hot sauce, diced onion, thinly sliced radish, a healthy squeeze of lime and avocado. It’s often served with tostadas and crema.

However, there are three types of pozole which rather appropriately mirror the colours of the Mexican flag – red (rojo), white (blanco) and green (verde) – and these all contain slight alterations to that base recipe. White pozole doesn’t include any red or green salsas, as you would imagine, whereas green pozole can include ingredients like tomatillos, cilantro and even jalapeños. Red pozole relies more heavily on chilies such as guajillo, ancho or piquin.

As with many Mexican foodstuffs, the name pozole originates from Nahuatl – pozolé, pozolli or pasole, which some claim means ‘hominy’ and others say means ‘frothy’ – and remains most popular in states that have the most common variations on it, such as Jalisco (whose red pozole is the most well-known), Guerrero (which uses green tomatoes in the broth) and both the State and City of Mexico. However, it’s also typical in Michoacán (where chicharrón is added), as well as Sinaloa, Zacatecas, Colima and Morelos. Either way, it’s completely pre-Hispanic in origin and was written about by many of the Spanish conquistadors and their party.

Originally, pozole was considered a sacred dish due to the use of the trademark large hominy kernels combined with meat. A slightly gruesome claim from pozole’s history is that it was supposedly once made with the human flesh of sacrificed prisoners. Pork was supposedly used as a replacement because of its striking similarity in taste to human meat, but try not to think about that the next time you’re enjoying a delicious bowl of pozole. 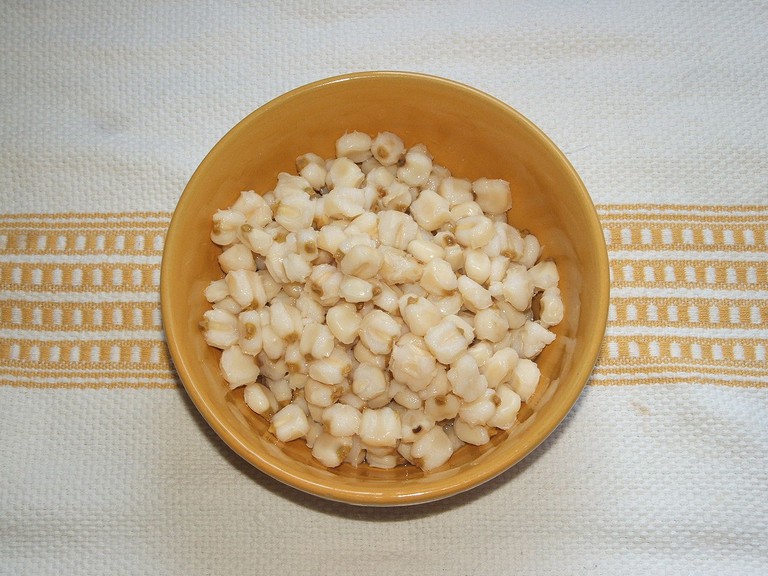